We had a bit of a turn up for the books with today’s flick. 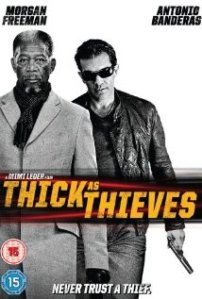 I love heist movies, and on paper this sounds like it should be right up my alley: Morgan Freeman and Antonio Banderas as a pair of high-class thieves trying to get their hands on $40m worth of Fabergé eggs; Radha Mitchell (swoon) as the girl who comes between them; Robert Forster and Tom Hardy as the cops on their trail. And yet Mimi Leder’s first film since 2000’s Pay it Forward couldn’t hold my interest (or my consciousness) for even thirty minutes.

I think we share the blame for this failure. The flick doesn’t get off to a terribly exciting or compelling start, and none of the actors seem to be particularly invested in the story. Also, it’s been a long year here at Casa de 5-Word and I’m feeling the pinch a little as we draw inexorably towards December 31st. 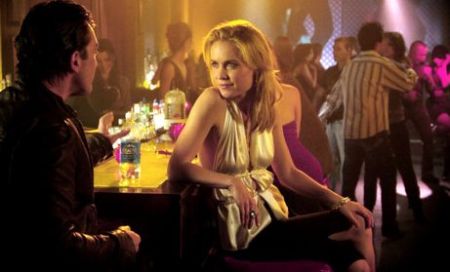 Ryan’s Rules for making a good movie: No.1 – Put Radha Mitchell in every scene.

Known in parts of the world by the even worse title of The Code, I don’t want to call Thick as Thieves a bad movie because I simply don’t know for sure, but I can say that it isn’t a very interesting one.

After last week’s two excellent examples, I’m hoping for another winner for Kids’ Film Friday. Don’t let me down, Dreamworks…

END_OF_DOCUMENT_TOKEN_TO_BE_REPLACED

This is a movie that I bought on DVD amongst a job lot maybe six or seven years ago and I’m only getting around to watching it today. Shocking. I really wish I hadn’t waited so long.