You know what? I’m sold.

END_OF_DOCUMENT_TOKEN_TO_BE_REPLACED

*This is where I would put a spoiler warning for The Avengers (Assemble) although if you haven’t seen it by now, then tough shit. Really* END_OF_DOCUMENT_TOKEN_TO_BE_REPLACED

As if the one-point-whatever billion dollars Joss Whedon’s Hulkapolooza has already raked in wasn’t enough, there are rumours now circulating that a director’s cut of The Avengers (Assemble) is maybe going to get a possible cinema release in August.  END_OF_DOCUMENT_TOKEN_TO_BE_REPLACED

According to Variety, the producers of Lionsgate’s intended reboot of that eighties cheese-fest, Highlander, want Reynolds to take the lead. Nothing is confirmed yet – both sides are “in talks and very interested in working together”. END_OF_DOCUMENT_TOKEN_TO_BE_REPLACED

While hunting through Google Images for some pictures to use in my review of The Seventh Seal, I stumbled across this little ball of awesome: END_OF_DOCUMENT_TOKEN_TO_BE_REPLACED

Sorry Scarlett. You know I love you, but Coulson rules. END_OF_DOCUMENT_TOKEN_TO_BE_REPLACED

A whole bunch of new stills have been released promoting Marvel’s Avengers (or Avengers Assemble as they’re calling it on this side of the pond), among them a couple of really good looks at Cap’s updated costume. I’m still not sold on this new uniform, to be honest; I liked the WW2 get-up that Stark Snr. put together. Although, a lot of people were hesitant – if not outright mocking – of Thor’s costume this time last year, so I might change my mind completely when I see the flick in glorious Imax 3D. 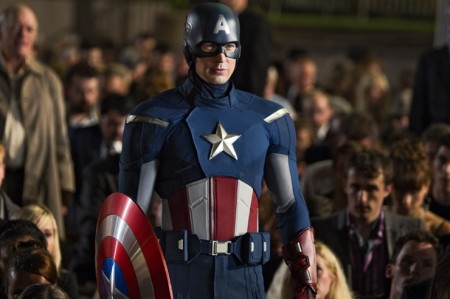 All six Avengers get a nice shiny picture, with Hulk, Iron Man and Black Widow all in civvies. Samuel L. Jackson’s Nick Fury and the new housewives choice Tom Hiddleston (returning as Loki) are also featured. 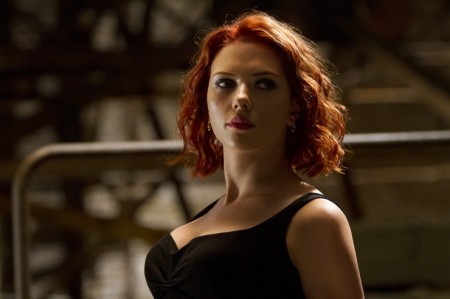 This and Ridley Scott’s Alien not-prequel, Prometheus, are easily the two flicks I am most looking forward to this summer. And there’s only 5 weeks to wait for Avengers (Assemble)! That’s right Americans, to make up for the silly name we get to see the movie a full week before you guys!

For bigger versions of these and the other eight shots, check out Collider.

The British Board of Film Classification announced today that it will not be certifying Tom Six’s Human Centipede II for distribution in the UK. The film will be banned, and supplying it on DVD will be illegal. Local Councils can overrule this decision, within their own jurisdiction, but only for cinema screenings.

This is a big step for the BBFC under the current regime. The last time they banned a movie outright, as far as I’m aware, was Grotesque in 2009 – a Japanese torture-porn effort that really lives up to its name by all accounts. A lot of films might have cuts suggested in order to receive the certificate the distributor wants, but a total rejection is a big deal and harkens back to the Board’s original moniker (The C used to stand for Censors).

Time for the history class. By 1984, I mean of course the Video Recordings Act, which is the legislation around which the BBFC writes their guidelines. This law was the result of the “video nasties” brouhaha inflamed by Mary Whitehouse and the Daily Mail back in 1982. Yes, I said video nasties. Everyone take a drink.

Here’s the big fucking fly in the ointment though: the internet. A ban in 1984 meant nobody would see your grubby little film without some help from a shady guy at the local rental place and his mate on the continent. Today, a ban means next to nothing. The film will be online in its complete form before you know it, and anyone who wants to see it will see it after an hour or so for the download. The only people who will be affected by this ban in any real terms will be the people who expect to make some money from the release.

Here’s the complete release from the BBFC (warning: contains spoilers) (like that matters). Those of you with small children in the room may wish to change the channel.

“The first film dealt with a mad doctor who sews together three kidnapped people in order to produce the ‘human centipede’of the title. Although the concept of the film was undoubtedly tasteless and disgusting it was a relatively traditional and conventional horror film and the Board concluded that it was not in breach of our Guidelines at ‘18’. This new work, The Human Centipede II (Full Sequence), tells the story of a man who becomes sexually obsessed with a DVD recording of the first film and who imagines putting the ‘centipede’ idea into practice. Unlike the first film, the sequel presents graphic images of sexual violence, forced defecation, and mutilation, and the viewer is invited to witness events from the perspective of the protagonist. Whereas in the first film the ‘centipede’ idea is presented as a revolting medical experiment, with the focus on whether the victims will be able to escape, this sequel presents the ‘centipede’ idea as the object of the protagonist’s depraved sexual fantasy.

The principal focus of The Human Centipede II (Full Sequence) is the sexual arousal of the central character at both the idea and the spectacle of the total degradation, humiliation, mutilation, torture, and murder of his naked victims. Examples of this include a scene early in the film in which he masturbates whilst he watches a DVD of the original Human Centipede film, with sandpaper wrapped around his penis, and a sequence later in the film in which he becomes aroused at the sight of the members of the ‘centipede’ being forced to defecate into one another’s mouths, culminating in sight of the man wrapping barbed wire around his penis and raping the woman at the rear of the ‘centipede’. There is little attempt to portray any of the victims in the film as anything other than objects to be brutalised, degraded and mutilated for the amusement and arousal of the central character, as well as for the pleasure of the audience. There is a strong focus throughout on the link between sexual arousal and sexual violence and a clear association between pain, perversity and sexual pleasure. It is the Board’s conclusion that the explicit presentation of the central character’s obsessive sexually violent fantasies is in breach of its Classification Guidelines and poses a real, as opposed to a fanciful, risk that harm is likely to be caused to potential viewers.

David Cooke, Director of the BBFC said: “It is the Board’s carefully considered view that to issue a certificate to this work, even if confined to adults, would be inconsistent with the Board’s Guidelines, would risk potential harm within the terms of the VRA, and would be unacceptable to the public.

“The Board also seeks to avoid classifying material that may be in breach of the Obscene Publications Acts 1959 and 1964 (OPA) or any other relevant legislation. The OPA prohibits the publication of works that have a tendency to deprave or corrupt a significant proportion of those likely to see them. In order to avoid classifying potentially obscene material, the Board engages in regular discussions with the relevant enforcement agencies, including the CPS, the police, and the Ministry of Justice. It is the Board’s view that there is a genuine risk that this video work, The Human Centipede II (Full Sequence), may be considered obscene within the terms of the OPA, for the reasons given above.”

I’m not going to say that this flick sounds like a good time. From this description, I doubt I’m going to be climbing over anyone to get a copy (sandpaper wanks? Seen one, seen ’em all) but in a civilised society surely that should be my decision to make. If you can look past the extreme nature of the events, the basic story does seem like a stroke of post-modernist, self-referential genius. No doubt Six will have a raft of “it’s a satire” arguments ready for his appeal to the Board (hey, it worked for A Serbian Film) and good luck to him. I for one hope he wins, whether it’ll be on my Lovefilm list or not. What do you folks think? Is it art? Is it obscene? Should they “ban this filth now”? Speak up, don’t be shy.

For a quick recap on the original Human Centipede, here’s my earlier review