Update – The actual promo was released online early this morning (UK time) after it’s debut appearance during last night’s episode of Once Upon A Time. It’s got some similar moments—including a clearer look at Whedon’s former Angel star J. August Richards playing someone who may or may not be (but almost certainly is) Luke Cage leaping from an exploding window, not to mention laying down the smack on some poor mook—and some new ones, as the longer running time would suggest. It also seems that the Son of Coul has been rewarded with a sweet new ride. Don’t touch Lola, indeed.

Here it is, for your viewing pleasure:

And so it begins… 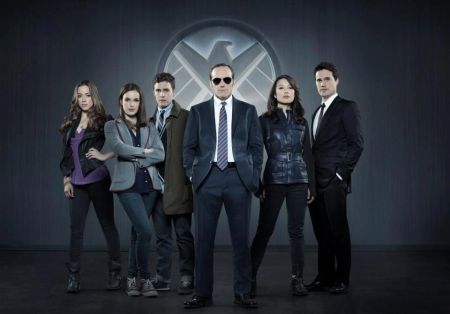 The first footage from the Whedon-helmed pilot of Marvel Studio’s first foray into weekly television has hit t’interwebz earlier today, and it is as exciting as seven seconds of visual effects can be. Well, five seconds of visual effects with a good look at the show’s biggest selling point. For those of you not yet in the know, that would be one Clark Gregg returning from his apparent death in last year’s Avengers. I laid out my own theories behind how Agent “His name is” Phil Coulson could still be up and about after getting stabbed through the heart last year, and we’re still no closer to getting the story. I’ve heard tell that this very mystery could be a major plot point of the series, but of course all could be explained before the first ad break, leaving the show free to delve into the various stories that Marvel and the Whedon family* wish to tell.

This clip doesn’t give away all that much, but it’s effective enough as a first teaser. The show looks impressive, I have to admit. Plenty of action and big kabooms and Coulson giving good scowl. We also get a brief (well, almost subliminal) glance at some of the other cast, including Marvel newcomer Ming-Na as Melinda May.

But anyway, that’s enough jawing from me. Why don’t you take a look for yourselves and chime in below on your first impressions.

*Joss directed the pilot, and his brother Jed and sister-in-law Maurissa Tancharoen will be show-runners going forward.