I sat through quite a few movies last year; probably more than in any other year of my life. I didn’t review all of them, but I must have watched about 500 films in those 366 days. A lot of sites like this do a “Best of the year” list and I’m no exception, but I thought I would do mine a little differently. First off, there are going to be two lists. The first one is for flicks that were released in 2012, followed up in a day or two by the best movies from other years that I saw for the first time in 2012. The other big difference is that I don’t really have any empirical formula for deciding which films are The Best, so these will simply be the ones that I enjoyed the most; the movies that appealed to me on an individual level.

So here we go. 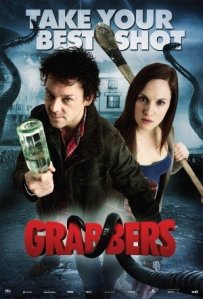 A horror comedy that manages to be both scary and hilarious is a rare treat indeed, and this magnificently profane effort direct from the west coast of Ireland ticks both boxes with relative ease. Confidently following in the footsteps of Shaun of the Dead and Attack the Block, Jon Wright’s film is bolstered by three lead performances by British TV actors Richard Coyle, Ruth Bradley and Russell Tovey.

Best Bit: A very pissed (in both senses) Ruth Bradley channelling Ripley in a JCB digger.

Leave It on the Track 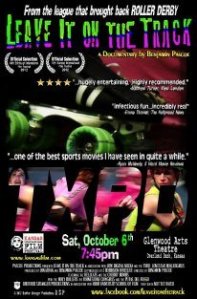 One of the most downright enjoyable student flicks ever, Ben Pascoe’s MFA thesis film sees him spending a week in Austin, Texas in the run-up to roller derby’s World Series, the Calvello Cup. Focusing on the players from both teams – the exotically-named vixens of the Hellcats and the Cherry Bombs – this lo-fi documentary perfectly captures the DIY spirit of this independent roller derby league. The movie had its World Premiere at the Edinburgh Film Festival last summer and has been doing the rounds in various fests across America since then. If you get the chance to see it, don’t miss it.

Best Bit: Players from both teams passing a hat through the crowd for donations after one of their uninsured compadres took a very nasty tumble. It might not sound like much, but I may have gotten a little misty.

(By the way, I met Ben while he was over here with his film and we hung out a few times, but as you can tell by reading my review, I really liked his flick before I met the guy.) 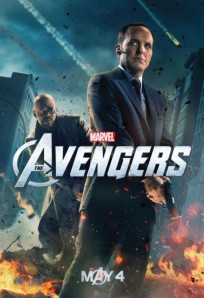 Yeah, you knew this was going to be in there. As much of a Whedon fanboy as I am, the fact is that this movie would not have happened without Kevin Feige, the Maestro of Marvel. As the head of Marvel Studios, the entire MCU is his baby. Arguably the most ambitious project in cinema history was brought off superbly by Joss Whedon, tying up Phase 1 and leaving a few tantalising threads for Phase 2.

Best Bit: Ooh, lemme see. “Puny god”? Nah. “Mewling quim”? Close. For me, it was every bit featuring Mark Ruffalo, whether green or not. The number one spot though has to be his sucker punch on Thor after they bring down the giant flying space whale together. No matter how many times I’ve seen it, I still feel like I’m gonna pass out from laughing. 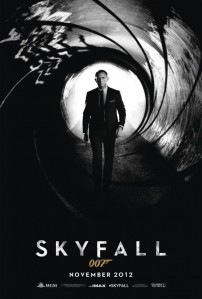 This could have gone a few different ways. Released during the fiftieth anniversary year of Bond’s first cinematic outing, we could have had a witless story full of awkwardly shoehorned-in references and gags. Alternatively, the story might have picked up the threads left hanging from the disappointing Quantum of Solace. Luckily, returning scripters Neal Purvis and Robert Wade – along with new guy John Logan – took a third option: pure awesome. Building a tale around the almost mother/son relationship between Bond and Judi Dench’s M resulted in a movie that managed to delve into relatable emotions while still keeping the action up. It also gave us one of the series’ finest villains in the charming shape of Javier Bardem as Silva. And as a bonus, it is the most financially successful Bond film, not to mention the highest grossing flick in the UK ever. 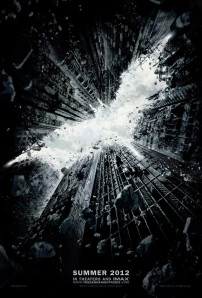 The finale to Christopher Nolan’s epic trilogy built on all the themes and promises from Batman Begins and The Dark Knight, showing a filmmaker truly at the top of his game. The director’s repertory company of actors – led by Christian Bale and Michael Caine – embrace the newcomers like Anne Hathaway (setting a new high-water mark for Catwoman) and Matthew Modine. And Wally Pfister’s stunning IMAX photography shows what the format is truly capable of accomplishing.

There are a few question marks though. As foreseeable as it was, the last reel twist kind of defanged what had been a tremendously brutal performance by Tom Hardy as Bane. Where Heath Ledger’s Joker had been Batman’s polar opposite, Bane was his mirror image. Hard to believe that was the same skinny little dude from Star Trek: Nemesis. And don’t get me started on that bionic knee brace…

Best Bit: I’ve narrowed it down to two. Bane in the tunnel before detonating the football field (the calm before the storm), and the massing ranks of the Boys in Blue charging Bane’s army. And then of course there’s every moment Anne Hathaway is on screen.

The Cabin in the Woods 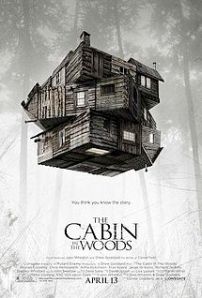 I started writing a thesis explaining all the reasons this film worked so well back when I first saw it (since my review at the time was somewhat, um, sparse) and it’s still not finished yet. Suffice it to say that Joss Whedon and Drew Goddard have created a film that respects and plays with its genre traditions while cheerfully – and often simultaneously – giving them the finger. Between this and Grabbers, 2012 was a banner year for horror-comedy. And the Blu-ray is awesome too.

Best Bit: Another tie. Anna Hutchison’s Jules getting up close and personal with the stuffed “moose” head (is it weird that that turned me on?) and, of course, System Purge. 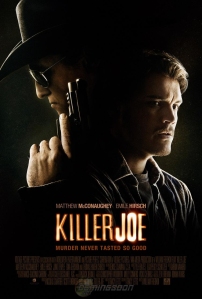 I’ve been a fan of Matthew McConaughey since the first time I saw Dazed and Confused back in 1997 but it took another 15 years for him to prove his doubters wrong with the one-two punch of Magic Mike and Killer Joe (now there’s a buddy film waiting to happen!). With William Friedkin at the helm and Tracy Letts adapting his own stage play, Killer Joe is a dark, disturbing and blackly hilarious look at the depths people will sink to for an easy way out. Of course nothing is ever that easy though… 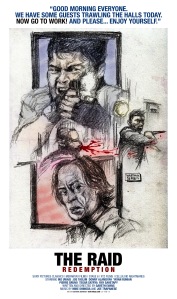 Under my big brother’s influence, action movies were probably the genre I was drawn to most through those impressionable pre-teen years before my dad started redressing the balance and widening my tastes. Even with his much appreciated intervention, the rampant manliness of the action flick still warms the cockles of my heart. Gareth Evans’ The Raid is the action movie I wish I had made myself. No higher praise can I think of than that.

Best Bit: Jeepers. How about the whole damn thing? 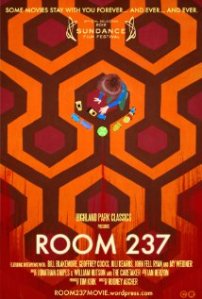 An examination of some of the more enduring theories that abound from Stanley Kubrick’s classic The Shining sounds like it should be little more than a ten-minute way to pad out an “Ultimate Edition” Blu-ray release. In fact it is quite possibly one of the oddest films I have ever had the pleasure of watching (I didn’t get to see Holy Motors though), using voice-overs, archive footage, animation and just about every other tool available to drop you head first into the weird world of the Overlook Hotel. Destined to be the second half of an annual double bill.

Best Bit: The revelation that The Shining was Kubrick’s subliminal apology for being behind the faked moon landing footage! 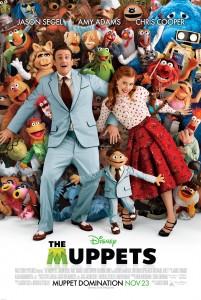 Jason Segel and Nick Stoller’s screenplay pitched just about every gag perfectly, and the cast knocked them all out of the park leaving director James Bobin with a home run. Just thinking about it makes me laugh again.

There were also plenty of new releases that I missed last year, notably The Grey and Beasts of the Southern Wild. Whether those would have changed this list remains to be seen.

Stay tuned for part 2 of my “Best of 2012” recap, being movies from other years that I saw for the first time during the last twelve months. That will probably be along in another three weeks…

*For these purposes, “released in 2012” means flicks that were first shown in the UK in the last year, whether that was a wide release, or a festival screening, or even direct to video.