And so we come to Part 3 of the Harry Potter films. Bored yet? I hope not because we aren’t even half way yet. I suspect that either this one or the next is my favourite HP film, although I have only seen the next one once so I will need to re-watch that before I decide. But this is a mighty fine film!

Harry Potter And The Prisoner Of Azkaban 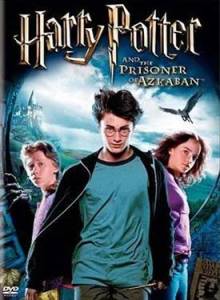 Maybe My Favourite, Maybe Not

Young Harry has now turned 13, and if that wasn’t tough enough for a young lad, he is back with his douchebag relatives, but a minor magical mishap after a different douchebag relative makes some disrespectful comments about his parents, causes Harry to storm out. Harry gets on the Knight bus, I spelt that correctly, and gets off at The Leaky Cauldron to grab a wee bed for the night. He meets up with his gang and finds out that Sirius Black, a supporter of Voldemort (that’s right I said it again!!) has escaped the wizard prison of Azkaban and they suspect he is hell bent on taking out Harry, and I don’t mean for a meal and some drinks. Which would be weird and illegal because Harry is only 13 and isn’t allowed to drink, at least I assume this is the case in the wizarding world as well. Although I suppose that taking him out in the sense of killing him would be considered illegal too.

Anyhoo, as a result of his escape, we meet the Dementors, who I thought when I heard this would just be women?! That’s a joke of course. The Dementors guard Azkaban and suck the souls from people. On the Hogwarts Express after talking about Black, Harry encounters one of these but is saved by Remus Lupin, the new Defence Against the Dark Arts teacher. The turnaround in that job seems to be very high. The Dementors become a fear for Harry and Lupin teaches him the Petronas Charm to defend against them. Will Black succeed in taking him out, either way? Will Harry learn the Petronas Charm? How does Hermione keep sneaking into classes? And I’m sure there’s something different about Dumbledore?!

Prisoner of Azkaban sees a change in direction from Chris Columbus, who was probably away discovering places, to Alfonso Cuaron. The change is evident as there is definitely an overall darker tone to this film as there was with the first two. The first films are good, but everything seems a bit, fluffy is the best word I can come up with, except for the big ass hairy talking spider. 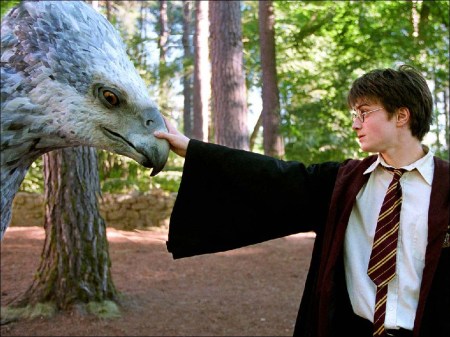 I hope he doesn’t smell that mouse in your pocket, Harry. Might take your leg off.

This is a world filled with magical creatures, check previous line, and in a world where anything is possible, it ain’t always going to be all fairy dust and rainbows. This is the first Harry Potter film that realises that, and as a result, makes it the best so far, if not overall.

This is also, if I’m not mistaken, the only of the Harry Potter films in which Voldemort does not appear in any form, I’m not sure if that is a spoiler but if it is then tough. I wrote this then checked it and it turns out I’m right, go me! One of the first thoughts JK must have had though when she came up with our Harry must have been versus Voldemort, so his presence is felt throughout.

Visuals and score, you already know!

The sheer scale of acting talent in the Harry Potter films is mind blowing and it led me to ponder how many awards had been won by cast of the films. As you would expect, there are Baftas, Oscars, Golden Globes, Emmys and that’s just for Maggie Smith. I was surprised to find out Richard Harris had won a Grammy too. I mentioned the talent and it is evident in this film more than any as yours truly pops up in it. See if you can spot me in the scene where they are sleeping in the Great Hall*. For something to do, I’m going to go through all the folk credited in any of the Harry Potter films and list the total number of awards won by the cast. How cool am I?! [Do you really want me to answer that? -Ryan] 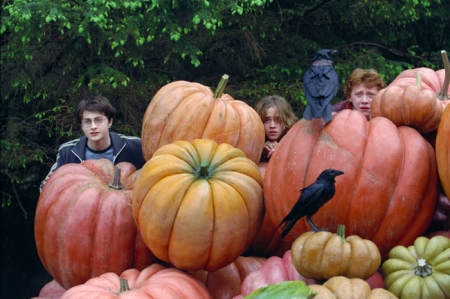 Like I said, this might be my favourite, I’ll tell you for sure in my next review. But after film 3, it is promising to see that with each film, it ages with Harry. I hope that makes sense, if not, what else would you expect from my rambling
mind?!

Expecto Petronum till next time you beautiful lovely people!