Not as funny as Smokey

NASCAR legend Stroker Ace is dynamite on the track and a pain in the ass off it. After being dumped by his sponser, he is signed up by fried chicken magnate Clyde Torkel to a three-year contract. Only after signing does Stroker realise that he is now required to take part in all manner of embarrasing promotions for Torkel’s chicken franchise. The only way out is to be fired, so Stroker starts getting up to more hijinks than ever in an effort to save his dignity. Hilarity does not ensue.

Based on the “autobiography” of the fictional title character by William Neely and Robet Ottum, and released in 1983, Stroker Ace was Hal Needham’s follow-up to the gloriously camp Megaforce, but is more of a spiritual successor to his Smokey and Cannonball Run movies featuring as it does Burt Reynolds, Burt’s sidekick, Burt’s girl and lots of car stunts. Jim Nabors takes on the sidekick role as Stroker’s chief mechanic Lugs, while Burt’s then-girlfriend Loni Anderson plays the virginal Sunday school teacher Pembrook Feeny. While it follows the rough blueprint of those earlier films, it also lacks their humour and enjoyability.

It’s hard to get a handle on the tone of this movie. It is ostensibly a comedy, but the jokes vary from almost vaudevillian sight gags and slapstick – such as the phone book-sized contract Torkel gets Stroker to sign without reading – to an often uneasy crassness. There is one sequence in particular where Miss Feeny has passed out after Stroker serves her what he claims is non-alcoholic champagne. She had already said that she wanted him to be her “first”, so he spends the next five minutes debating with himself about whether he should ravage her even though she’s now asleep. Of course in 1983 this wouldn’t necessarily have been considered as rape by the wider audience, but by today’s standards it’s really uncomfortable to watch, even if nothing untoward happens. 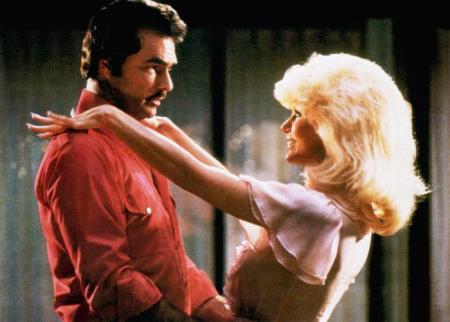 As for characterisation, Reynolds is just playing The Bandit and J.J. again, while Jim Nabors’ role could have been played just as well – or just as badly, from what the Golden Raspberry committee said* – as Dom DeLuise. Loni Anderson is really not very good as Miss Feeny. She plays every scene with the same delivery and expression, and with her sex-doll makeup and low-cut dresses she is not even slightly believable as a church-going virgin. If Needham had decided to get the old Smokey gang back together and put Sally Field in the role, the film would have been considerably improved.

Ned Beatty is gloriously devious and sleazy as Torkel, while former NFL star Bubba Smith gets to show off his unshowy charisma as Arnold, Torkel’s more morally upstanding driver. It was this natural screen presence that Needham’s co-writer Hugh Wilson would tap a year later when he cast Smith in his most famous and long-lasting role: Police Academy‘s Moses Hightower.

Stroker Ace features a host of genuine NASCAR drivers and commentators playing themselves in cameo appearances, in an attempt to ground the flick in some sort of real life. Unfortunately this doesn’t really sit well with the knockabout antics of the main plot. It is also a considerable shame in a Hal Needham movie that – judging by the blatant differences in picture quality – a lot of the race action and crashes appears to be stock footage from real races. 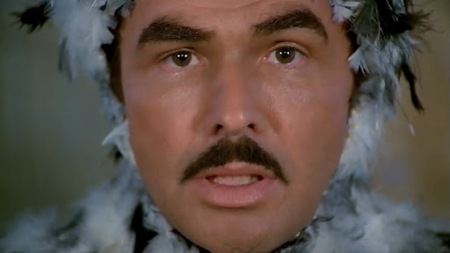 This movie has never had the same devoted fanbase as the Smokeys and Cannonballs, and rightfully so in my opinion. There’s a reason you don’t see Stroker Ace on Sunday afternoon television every six months. For Needham and Reynolds completists only.

*Winner for Worst Supporting Actor. The movie had four other nominations, two of them for Loni Anderson herself.