Saturday again, so time for a documentary. This week, I hit up Netflix (other online streaming services are available) for a film that has been on my radar for a while. I wish I hadn’t waited this long though. 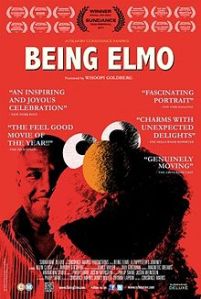 Off to watch Sesame Street

Telling the story of puppeteer Kevin Clash – the man behind that little, red bundle of happiness – from his DIY beginnings in 1970s Baltimore to his career with Jim Henson and the Muppets, right up to his current gig as executive producer of Sesame Street.

Everything I had heard about this film from director Constance Marks was positive but at the same time kind of vague. I had no idea it was as emotional or as moving as it turned out to be. Kevin Clash has devoted practically his entire life to entertaining kids, putting on shows in his back yard with puppets he made out of whatever materials he could lay his hands on, including his father’s Sunday coat. Through interviews with Kevin and his family and colleagues, as well as archive footage from the various shows he has worked on, we get the full story of his rise to becoming the man behind arguably the most popular muppet in the world.

Being Elmo is a film that you should just watch, trust me. This isn’t some political polemic, or some great issue movie. This is a film about happiness; about joy. All you need to know in advance is to have some tissues ready for the last twenty minutes or so. 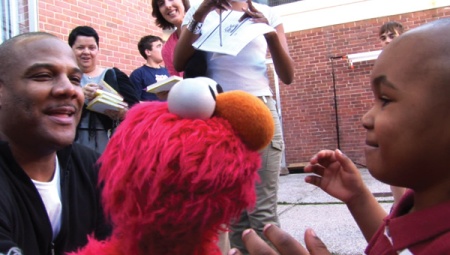 This flick doesn’t need my well-rehearsed cynicism. It’s too sweet for that.