My comic book collection, such as it is, is pretty small. I like to think of it as a select gathering. It’s got the usual suspects: Watchmen; The Killing Joke; an original mid-sixties issue of Batman; and so on. The one writer most represented on my shelf however, is Frank Miller. I’ve got Dark Knight Returns, I’ve got Batman: Year One, I’ve got one of his Sin City books, I’m a fan. I like his writing and his drawing. But on watching this movie I have to ask myself… 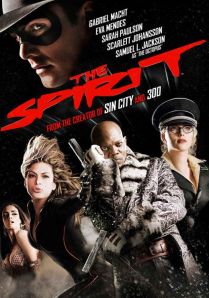 Is he genius or idiot?

As writer and director of this flick, he is solely responsible for the absolute craziness on display. Adapted from Will Eisner’s comics of the forties and fifties, The Spirit is the story of Denny Colt, a young and idealistic police officer gunned down in the line of duty who returns from the grave and fights crime in Central City, which involves everything from punching out purse snatchers to saving the world from the villainous plans of The Octopus.

The Spirit resides in the same stylised netherworld as its spiritual predecessor Sin City (which Miller co-directed with Robert Rodriguez), it seems just like the forties-set noir it is based on until the characters pull out mobile phones and laser-guided hand cannons. In fact, it is hard to tell what kind of film Miller was trying to make. Eisner told various types of stories in his strips; everything from standard detective stuff to high comedy, with Christmas specials and good old-fashioned whimsy in between, but each story was true to its own tone. Miller seems to have grabbed that variety and ran with it, because the tone of his movie is all over the place. Is this deliberate? Is he making some kind of post-modernist statement? Who knows. There are some fun sequences, but it is hard to love a movie that flails the way this does.

If there is a joke being played here, at least the cast seem to be in on it. Mostly. Gabriel Macht is very good at delivering the big soliloquies soliloquays dramatic voiceovers but his Spirit seems remarkably empty when in conversation with somebody. The big selling point for the flick – the women – are without exception one-note caricatures. Miller got some grief at the time of release for his presumed attitudes towards women. This opinion is nothing new to anyone familiar to his work, but it was this piece that exposed that to a much larger audience in terms of both numbers and type of people than most of his books would receive. 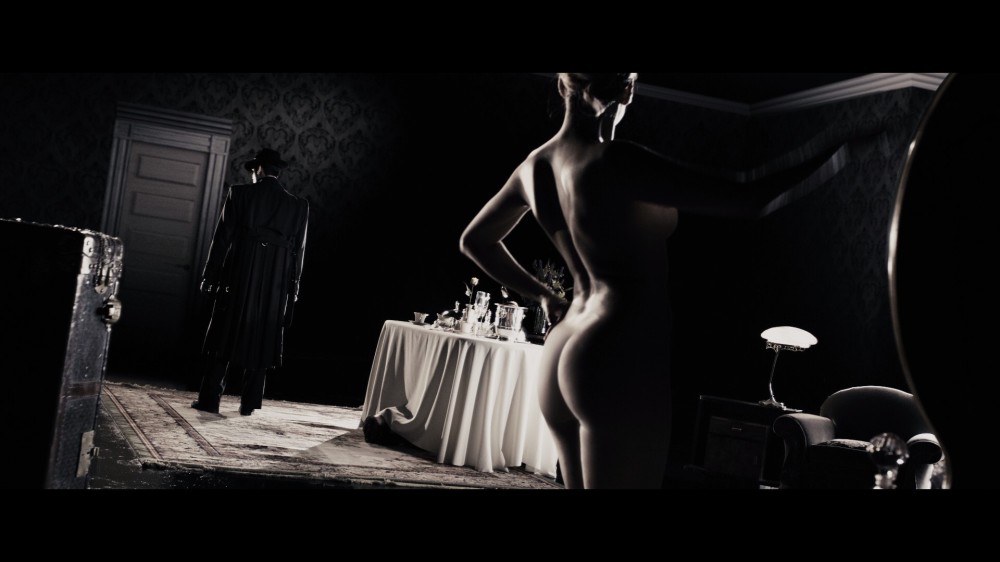 Wait, what was I saying?

And then we come to Samuel L. Jackson as The Octopus. In the Spirit comics, the character of The Octopus was only ever seen as a pair of hands in gloves. This complete lack of a reference frame for the audience gave Miller and Jackson complete freedom in creating the man, and holy crapsticks did they run with it. The Octopus in this movie is so much condensed and concentrated crazy that he infects everything around him. His appearance changes in every scene. He’s a samurai, then a pimp, then a cowboy, then a frigging SS Officer who answers his phone with “Guten tag”! Miller does not even try to explain any of this. The Octopus is simply bat-shit. He even has his own Despicable Me-esque army of cloned minions to assist him and his lovely assistant Silken Floss (Scarlett Johansson), except they aren’t as cute as Gru’s. These minions are big, dumb, bloody difficult to kill, and played by Louis Lombardi (the once and future Edgar Stiles). 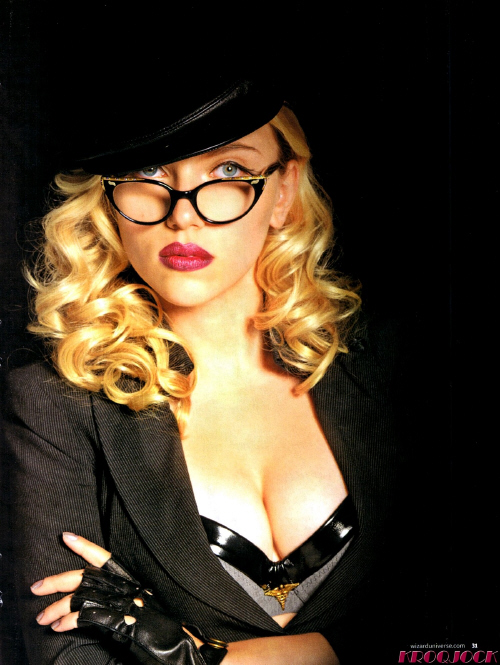 I wanted to put a picture of Louis Lombardi here, but I’m afraid I just couldn’t find one.

I still don’t know if I liked this film. I liked moments of it, I liked some of the ideas, but as a whole entity I’m still a bit numb in the head from it all. To be honest, I don’t even know if I’m willing to watch it again. Maybe I’ll let it stew in the old noggin for a few weeks before I decide.

And so we bring the first month of this endeavour of mine to a close. That’s been 31 movies in 31 days, and only 335 more to go. Don’t forget the Suggestions page if you can think of a film you’d like to see me take a crack at, but please be gentle.