It is an accepted truth among film critics that you can count the number of good video-game to movie adaptations on the fingers of no hands. It is another accepted truth among those same film critics that Paul W.S. Anderson is a no-good hack who wouldn’t know realistic dialogue if it walked right up to him and said “Hi Paul, I’m realistic dialogue”. Here’s the thing though: sometimes, just sometimes, film critics are snobbish elitists with no sense of fun.

Everybody loved Event Horizon but since then, all Anderson’s work is sneered at. It has become almost a sport, particularly among online writers and commenters. Well, I once again embrace my contrarian nature, and take this opportunity to stand up and be counted. My name is Ryan, and I like some Paul W.S. Anderson movies*. It is just as foolish to declare love for his entire catalogue as to declare hatred, but I won’t automatically dislike a film just because his name is on it and I won’t make a judgment until I sit through it. 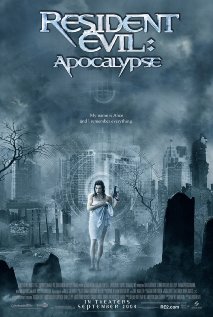 Now then. Resident Evil: Apocalypse (not to be confused with Resident Evil: Calypso, wherein Milla Jovovich goes on holiday in the Caribbean and has to fend off the unwanted attentions of an undead steel-drum band) is I think the second one in the series. It’s easy to get mixed up since they don’t have numbers, but maybe that’s part of the plan. While these films might have elements that carry over from one to the next, they can equally just hit a bit of a reset each time. Similar to a game, the chance to start over within a movie series can be very tempting button to push. Because of that reset element, the R.E. flicks get a pass from my obsessive “must see them in order” rule. I have watched the first one and the latest 3D instalment, and a few minutes of the one in the desert. Is that them all? I don’t even know. There is another being released later this year, I know that much. That’s got me wondering now; as well as being adaptations of a game series, is Paul Anderson making a grand sweeping meta statement on the nature of games versus movies across this whole cycle of films? Is this his great philosophical thesis on the very things that differentiate the two forms of entertainment? Or have I just not been getting enough sleep lately?

Where was I? Oh yeah: Resident Evil: Apocalypse (not to be confused with Resident Evil: Alpaca, wherein Milla Jovovich retires from the zombie-killing 9-to-5 and buys up a small freehold to start farming those sweet-natured animals for their wool, only to have to strap the hardware back on when that sweet nature becomes a blood thirst) picks up almost straight after the first flick. Alice is now in an Umbrella Corp. hospital in Raccoon City, and the T-Virus infected have busted out of The Hive and got into the population. Umbrella responds by putting up a fence and quarantining the city when the situation reaches critical mass. Bad-ass cop Jill Valentine has picked up a couple of new friends and is trying to get out of town, and there are a few Umbrella Corp. commandos stranded behind the gate as well. These boys don’t take too kindly to being left behind though (abandonment issues from their childhoods perhaps? Dunno. It isn’t stated outright, but the subtext is there). Also alone in the city is the young daughter of a senior Umbrella scientist – and creator of the T-Virus – whose evacuation went somewhat tits-up shortly before the lockdown. Violence ensues. 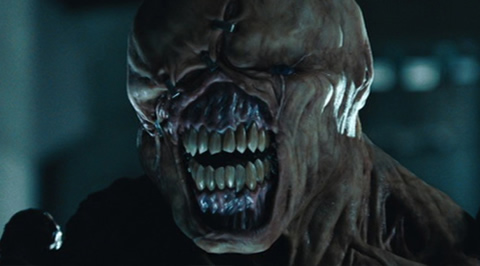 Surprisingly for a genre picture – and even more so for a sequel – Resident Evil: Apocalypse (not to be confused with Resident Evil: Acapulco, wherein everyone just goes loco) has a couple of aces in the hole, cast-wise. The characters themselves aren’t much more than sketches really, but Jared Harris brings some pathos to Dr. Ashford who uses his Umbrella clearance to access the city’s surveillance grid and telephones in order to recruit our disparate survivors and guide them to his stranded daughter, and Thomas Kretschmann is effectively sinister as the chief bad boy of the multinational antagonist. Mike Epps is not too annoying as the comic relief, and Oded Fehr could be playing a descendant of his character from The Mummy: stoic military leader, handy with anything that kills people. And then there are the ladies. I would like to track down the costume designer for this film and give them a big hug. Milla is as gorgeous as ever, but whoever decided to put Sienna Guillory in a miniskirt, a corset and a shoulder holster deserves a medal. Does Jill wear that get-up in the game? This might be a good time to mention that I have never actually played a Resident Evil game. Yeah, my bad. Like it matters though, really. 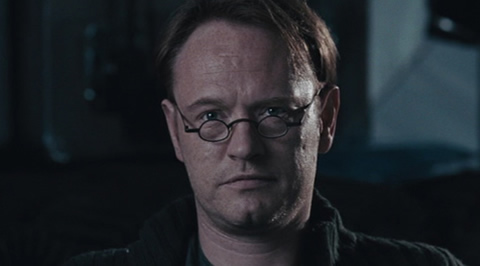 There was one little quirk that bugged me a bit with this film. Every time the characters arrived at a new location, there was a little title card came up in the corner to say where they were. I’m guessing these are locations from the game, and were probably dropped in as a bit of fanboy service, but naming every bridge and neighbourhood in a fictional city just becomes sort of tedious for those of us with no sense of the geography of this place to hang the references on.

Part of me blames George Romero. While his original zombie trilogy are classics of the genre, they created the expectation that zombie movies have to have something to say. There has to be some social commentary going on. The truth is Romero’s flicks are more the exception than the rule in that regard. That is undeniably a big part of what makes them great films, but it does put undue pressure on those who just want to play in the sandbox and have a good time. And, if you can get over that expectation, there is a good time waiting here for you. Bring beer. 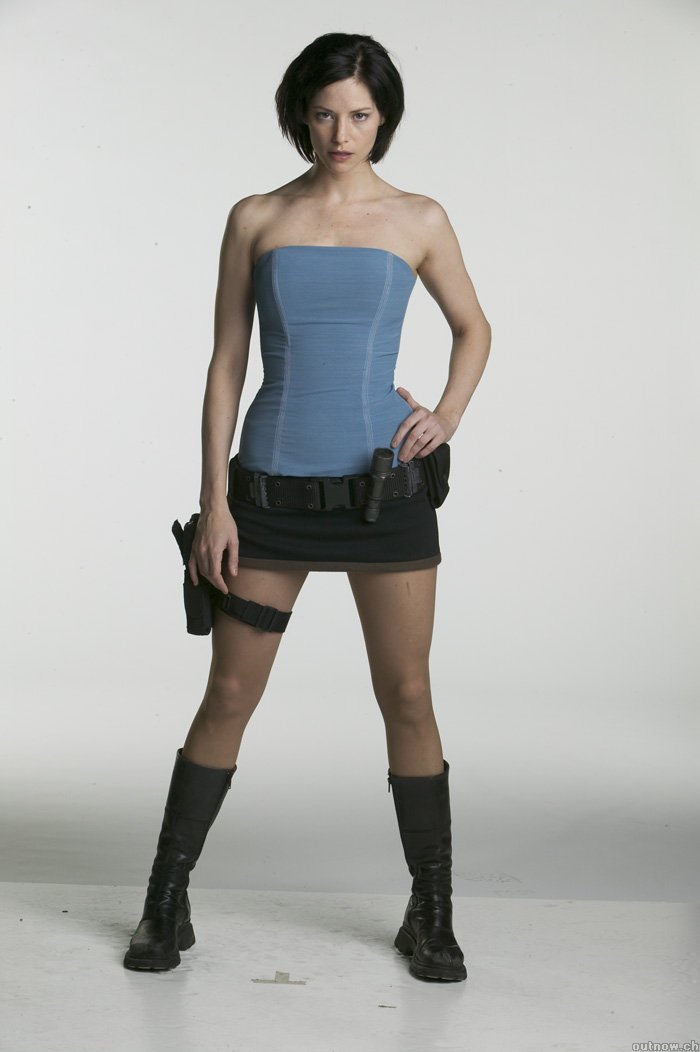 I'll be in my bunk

The DVD is packed too, considering I got it in a 3-discs-for-a-fiver compilation box. There are three separate commentary tracks and a stack of deleted scenes and featurettes. I haven’t had a chance to go over these, and I don’t imagine they’ll add a whole lot to the experience of Resident Evil: Apocalypse (not to be confused with, oh who gives a shit) but I can appreciate the effort that went in to putting this package together.